Can social media cause you depression? Know now! 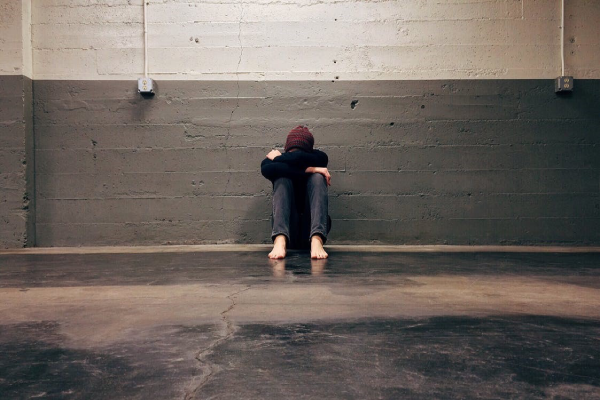 Social media has become an intrinsic part of your daily life. Can you exactly tell me of what you did today that did not involve social media? The answer might just baffle you. American research shows that 77% of the American demographic is likely to use/have a social media account.

Although the presence of social media has rapidly reinforced itself, fixating themselves into our lives - there is a serious lack of information about the impact it harbours on our mental health, social relationships and behaviour. But the information that you can avail of is not pretty at all. Newer studies have linked social media to anxiety, poorer sleep quality, depression, lower self-esteem, hyperactivity, and inattention - most recognizable in adolescents and teens.

But the studies conducted are mostly based on observations that do not establish if one is the cause of the other. Another strong argument that you might see against the rhetoric of mental health deterioration due to social media is - one who's lonelier and more depressed are likely to use social media as a tool for reaching out. And, that is completely valid.

Smartphones were commercially available in and around 2007 and in the following years, 92% of the young adults and teens owned a smartphone. And, depressive symptoms are often correlated with the smartphone adoption rate during the period i.e. 2007 to 2015.

A study that was published in the Journal of Social and Clinical Psychology concluded that there is, in fact, a link between social media and negative impacts on your well-being. Jordyn Young, the University of Pennsylvania who co-authored the paper stated, "What we found overall is that if you use less social media, you are less depressed and less lonely, meaning that the decreased social media use is what causes that qualitative shift in your well-being." She also added that "Before this, all we could say was that there is an association between using social media and having poor outcomes with well-being,"

How real is the FOMO?

Jerry Bubrick who's a clinical psychologist at Child Mind Institute had observed that "FOMO is the fear of not being connected to our social world, and that need to feel connected sometimes trumps whatever's going on in the actual situation we're in. The more we use social media, the less we think about being present in the moment."

Amy Summerville, professor of psychology at Miami University explains that "The FOMO experience specifically is this feeling that I could have been there, and I wasn't. I do think that part of the reason that's powerful is this cue that maybe we're not being included by people we have important social relationships with," She adds that FOMO can be identified as an extension of issues surrounding social stranding and inclusion. If you are working based on humane priorities - our basic needs like food, shelter, and water are followed by the need to feel included in social interaction.

The feeling that often occupies our mind - why weren't we invited while going through Instagram leads us to play catch-up on the online updates, fearing that we might miss out. But, such social interactions are rarely fruitful which makes us feel more isolated.

Minimizing the negative: How to stop spiraling out?

Even though there is not any conclusive evidence that social media causes depression, there are signs which can act as the heads-up we need to take care of ourselves. If you are a parent, check up on your kid(s) and regulate their social media use by introducing alternative methods of positive and healthy interaction.

If you see that there is a spike in your symptoms of depression, take a step back and follow these steps:

By the looks of it, it seems that social media applications and the technologies associated will become more pervasive with time. Take Pokemon Go for an example which radicalized the way we look at social interaction. So, it's natural that we slowly start becoming a part of the vast narrative and make them a part of ourselves. The best way to regulate your mental health is to maintain the frequency of your social media use. You can keep track of your social media applications and take small breaks to detox.