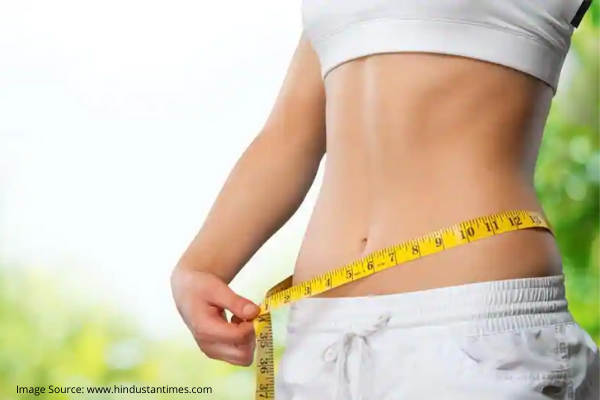 Bariatric surgery, also known as weight loss surgery, is performed on individuals suffering from obesity. It involves a variety of procedures that help in keeping off weight in the long-term and help in treating obesity as well. This in turn helps in improving cardiovascular conditions and also reduces mortality risk. The surgery entails removal of part of the stomach or a reroute of the small intestine.

In May 2016, leading authorities in the field and the International Diabetes Federation, suggested bariatric surgery can be considered as a standard treatment option for type 2 diabetes. Obesity and excess body weight are major factors for the development of type 2 diabetes. Type 2 diabetes accounts for more than 90% of diabetes cases reported globally.

There are three main categories of bariatric surgeries:

These procedures reduce stomach size and create a physiological condition of malabsorption.

Biliopancreatic diversion: This is also called the Scopinaro procedure. The original version of this procedure is now rarely performed due to issues of severe malnourishment. This method has been modified into what is known as duodenal switch. The malabsorptive factor is so pronounced that persons who undergo this procedure must take more vitamins and minerals than is usually recommended. Medications to prevent gallstone formation are also recommended. In some cases, the gall bladder itself is removed.

Jejunoileal Bypass: This used to be performed between the 1950s and 1970s and is no longer done.

Endoluminal sleeve: This method, still in early stages, involves implanting a sleeve or liner in the upper part of the small intestine. This aims to alter hormonal changes in the body triggering metabolism and thus, weight loss. The liner is inserted and removed through the mouth. It is an incision-less procedure which is being studied for its efficacy.

These procedures restrict oral intake of food limiting gastric volume, or creating a feeling of fullness early, with lesser risks of metabolic complications.

Vertical banded gastroplasty: This is also called the Mason procedure or stomach stapling. A part of the stomach is permanently stapled to create a smaller stomach pouch

Adjustable gastric band: This is a laparoscopic procedure, which is also referred to as “lap band”. The stomach is restricted using a silicone band which can be adjusted with addition or removal of saline through a port placed under the skin. This is considered on the safest procedures available in weight loss at present.

Sleeve gastrectomy: The stomach is reduced to about 15% of its original size, by surgically removing a large portion of the stomach, along the major curve. This is laparoscopic procedure and cannot be reversed. The incised edges are stapled or sutured together leaving the stomach shaped like a tube or banana or sleeve. This procedure can be used for persons with a high BMI. Significant weight loss is seen within the first year in most persons who undergo this procedure.

Intragastric balloon: A deflated balloon is placed into the stomach and then it is filled to occupy some of the gastric space. This balloon can be left inside for 6 months, within which period significant weight loss is seen. This procedure is sometime used prior to other bariatric procedures for initial weight loss. This procedure can also be done on several occasions.

Gastric placation: This is similar to the gastric sleeve procedure. In this procedure, the stomach lining is folded in several places to reduce the gastric size. This enables the person to feel fuller faster. It is a minimally invasive surgical technique and has produced significant results in most people who underwent it.

Mixed procedures use malabsorptive and restrictive procedures in combination.

Gastric bypass surgery: Roux-en-Y procedure is the most common type. A stomach pouch is created out of a portion of the stomach and it is attached directly to the small intestine. This way food bypasses a large part of the stomach and duodenum. This will restrict the amount of food the person takes, resulting in weight loss. However, a strict healthy pattern of eating should be maintained.

Sleeve gastrectomy with duodenal switch: This procedure combines two others, the gastric sleeve method and includes and duodenal switch. First, the stomach along the major curve is resected, forming a gastric sleeve, restricting the amount of food that can be taken. Next, intestines are rearranged to bypass a significant part, resulting in malabsorption. This procedure is irreversible.

Implantable gastric stimulation: A device, called neurostimulator, similar to a pacemaker for the heart, is implanted in right side of the abdomen. It will send mild electrical pulses to nerves and muscles of the stomach. The purpose of this activity is to stimulate the enteric nervous system which is interpreted by the brain to create a sense of fullness. This procedure is being studied and its efficacy is still to be determined.

Depending on the procedure undergone by the individual, they are recommended appropriate diets with or without supplementation. Immediately after surgery, patients are put on a liquid diet broth, juices or gelatine based puddings, till the gastric tract has healed. Once, recovered, a diet usually low in carbohydrates and high in protein is recommended. This is partially because carbohydrate foods can increase weight and partially because only a small amount of food can be eaten at a time. Therefore, although small, a protein rich portion will provide more and sustained energy than a starchy portion. A diet low in sugar, fat and alcohol is recommended.

Patients have trouble drinking significant amounts of water at a time since gastric volume may not allow for that. Repetitive sips of sugar-free drinks can help the patient stay away from dehydration.

The number one result is, of course, weight loss. And this varies from procedure to procedure. However, revolving around this weight loss are other results. Some of the co-morbidities of obesity and overweight are reduced. Effects of cardiovascular risks, diabetes, metabolic disorders, etc. are lesser. Psychological health also undergoes a significant positive change. Changing body image, better health and general wellness contribute to the patient’s mental health.