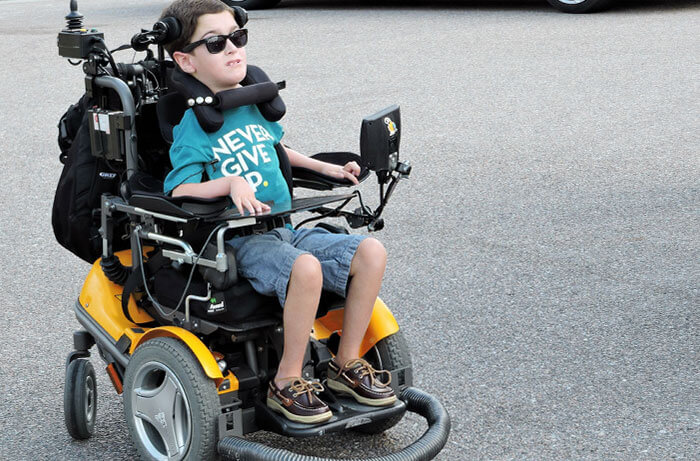 Kennedy’s disease is also known as Spinal Bulbar Muscular Atrophy or Kennedy’s Syndrome. It is a rare and incurable disease. Kennedy’s Disease is a progressive neuromuscular disorder that affects the spinal and bulbar neurons. This leads to weakness in muscles and eventually, atrophy or wasting of muscles. It is currently unknown why these motor neurons die.

Kennedy’s Disease is passed on genetically. The condition is caused by an X-linked recessive inherited gene. Females are usually carriers of the gene, though there are rare cases of females also being afflicted by the condition. Males that inherit the gene show symptoms in adulthood. In general, symptoms usually begin to show around the late 20s or early 30s.

The bulbar neurons that are affected are the ones that control talking, swallowing, breathing, etc. When these neurons start to die, control over these related functions also decrease. This results in difficulty in speaking (dysarthria), difficulty in drinking/eating (dysphagia) and breathing. Other symptoms include hand tremors, muscle cramps, enlargement of male breast tissue (gynecomastia), impotence, testicular atrophy, infertility, and in some cases twitching.

A simple blood test that checks the blood for the defective gene can be performed to confirm the condition. Only a DNA testing laboratory can perform this test. Test results can be obtained in a few weeks.

The level of serum creatine kinase (CPK) can also be checked. Persons with Kennedy’s Disease usually have an elevated level of this enzyme in their blood.

Kennedy’s disease is very rare. It is estimated that 1 in 40,000 individuals may have the disorder. Sometimes it goes undiagnosed or even misdiagnosed. If you have been diagnosed with the disorder, it is advised that you carry a card with you at all times that declares your medical information.

There are no treatments devised for Kennedy’s Disease. Science has not yet developed a way to regenerate motor neurons or muscle cells. However, symptoms can be eased to better manage the life of the patient. Appropriate diet and exercise, speech therapy, physiotherapy, medication to ease cramps, etc. can help them lead a better life.