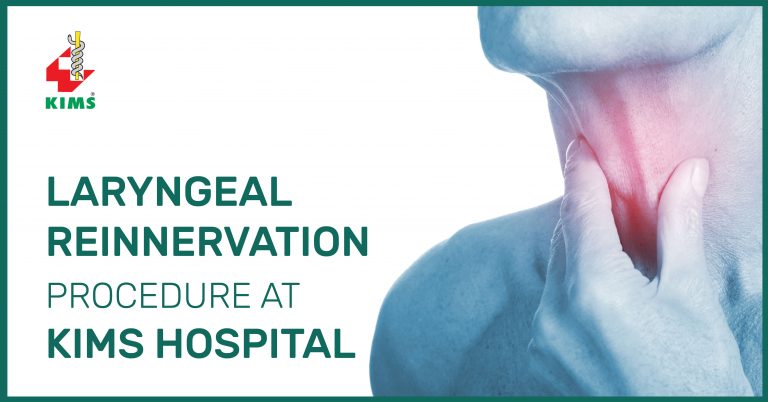 Mr. K.P 56-year-old business executive from Bangalore underwent a thyroid surgery two years back. Unfortunately, following a complication both his vocal cords were paralyzed resulting in breathing difficulty and strained voice. The most commonly performed corrective surgery for this problem is endoscopic laser assisted posterior cordotomy. But the problem with this surgery is that, while breathing becomes much easy after the surgery, the voice almost invariably becomes further weak. Being a high profile executive he wanted his voice at normal level, but at the same time breathing difficulty to be relieved. While the simple operation of performing a tracheostomy (breathing hole in the neck) will address both these problems, vast majority will not opt for it because of the stigma associated with a tube in the neck permanently.

Prof. Jean Paul Marie has developed a new surgical technique, in which both the functions of voice and breathing difficulty are corrected. This is known as the laryngeal reinnervation procedure and consists of transferring the root of the nerve to the diaphragm( muscle separating chest and abdomen) to the laryngeal muscle. In addition a small branch of the nerve to the tongue also is attached to the voice box muscle so as to improve the speaking voice.

Dr. Jayakumar Menon who got trained in this procedure under Prof. Marie, performed this surgery recently on Mr. K.P at KIMS hospital. The patient recovered really well. Thus KIMS Hospital, recently became the first center in the country and one of the few centers in the world to do laryngeal reinnervation procedure for the vexing problem of bilateral vocal cord palsy. In this procedure, the nerve supply to the vocal cords is obtained from the nerves supplying the diaphragm and the nerve of the tongue. It is a long procedure requiring expertise in nerve resuturing with the finest suture materials. There are two vocal cords in our voice box. They act like gates to the wind pipe. For breathing they should open up and for voice production they should meet each other. Paralysis of both vocal cords can occur as a complication of thyroid surgery, secondary to skull base and neurosurgical procedures and even without any obvious cause. When this happens both breathing and voice production are affected. Till now the various surgical procedures done for this condition improved one function at the expense of the other. For example, surgical procedures done to relieve the breathing difficulty invariably affected the voice adversely. Similarly, voice enhancement procedures tend to worsen the breathing difficulty.

On the training field, KIMS laryngology offers fellowship courses and observership courses in laryngology for doctors with post graduation in ENT. In addition, fellowship courses in voice and swallowing pathology are available for speech and language pathologists after post graduation. This is one of the most sought after courses in India.
The department has many firsts to its credit, including the first and the biggest botox injection clinic for spasmodic dysphonia, the first center to do the corrective surgery for puberphonia. The center is soon going to introduce laryngeal pacemaker implantation, which is another option of the treatment for bilateral vocal cord paralysis. The center is accredited and fully equipped to do laryngeal transplantation surgery also.

A laryngeal dissection lab, the first of its kind in the country will be commissioned in the near future. This will be of great help for aspiring laryngeal surgeons from all over the country to learn and hone their skills in laryngeal surgeries. A super specialty clinic for singers, vocologist, voice pathologist and laryngologist are also in the pipeline.