OBESITY AND ITS RELATION TO TYPE 2 DIABETES 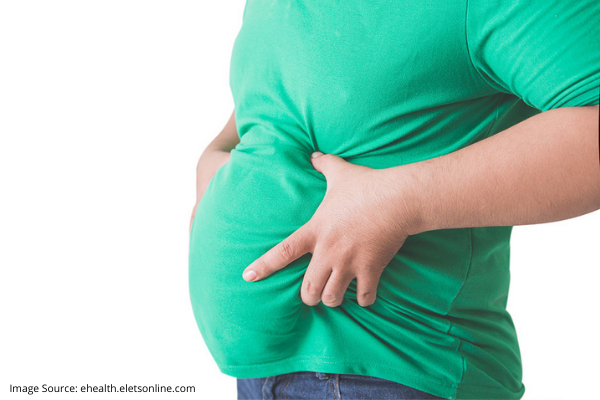 Diabetes is a condition that arises when the body doesn’t produce enough insulin,, hence there is excess glucose in the blood; there are two main types of diabetes, type 1, which usually occurs in children or adolescents and is due to insufficient insulin production and is very rare, while type 2 constitutes about 90% of the cases and is due to the body’s inability to react properly to insulin (insulin resistance).

There are numerous risk factors involved in the etiology of type 2 diabetes; such factors include age, race, stress, certain medications, family history, elevated cholesterol levels, pregnancy, and of course – obesity. A study in the UK has linked obesity and diabetes very closely, with about 80-85% of obese people having a greater risk of developing type 2 diabetes. The study further found that the larger the waistline, the better the predication for diabetes. It’s also been noted that 90% of type 2 diabetics are also overweight or obese.

That having been said, one should note that not all obese people are diabetic and not all diabetic people are obese. Overweight or obese people are under pressure by their body’s ability to utilize insulin to control blood sugar adequately and are thus more likely to become diabetics. Over the last three decades, the incidence of diabetes has increased three-fold and can be linked directly to an increase in obesity which has been following a similar graph pattern. These numbers are only expected to increase in the coming years unless obesity is reined in.

The interdependence of obesity and diabetes on one another is so well-established now that a new term has been coined – ‘diabesity’, to describe this dual epidemic. The progress from obesity to diabetes is marked by a progressive decline in insulin secretion along with a progressively increasing insulin resistance. This gradually worsens till it develops into diabetes.

Earlier, obesity was a condition faced by the more sedentary elderly population, but it’s now being increasingly seen in the younger generation too. Along with type 2 diabetes, heart disease and incidence of certain cancers is also expected to go up, as conjuncts of obesity. Diabetes has to be treated as a very serious condition as it’s a leading cause of blindness (diabetic retinopathy), end-stage kidney disease (diabetic nephropathy), cardiovascular complications, strokes and diabetic neuropathy that could lead to amputations of the lower extremities.

Type 2 diabetes is a largely preventable condition with a little lifestyle changes amounting to important weight loss. It’s been hypothesized that even a 5-10% loss of body weight with physical exercise could result in a 50% lower chance of delaying the development of diabetes. You could start by cutting down on refined carbohydrates, processed foods and takeaways and basing your meals more around fresh vegetables. Watch your portion sizes, avoid excessive intakes of alcohol and get into shape – and avoid obesity, avoid diabetes!