THINGS TO KNOW ABOUT CHILDHOOD DEPRESSION 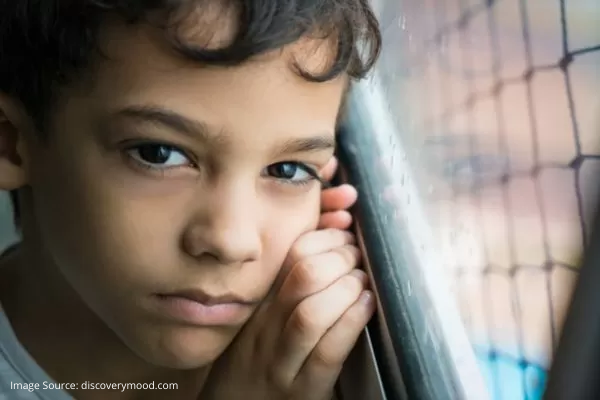 Depression is something that affects children and adults alike and children as young as 3 years old have been documented to have undergone depression. Even babies are believed to undergo periods of depression when they don’t want to feed, nap, cry inconsolably and become unresponsive and lethargic.

The biggest problem about childhood depression is that most people are in denial about its existence. But denial doesn’t make it go away unfortunately. In many instances childhood, depression goes undiagnosed and untreated and considered as normal growing-up pains. Most childhood mental problems are recognized only when they have become too severe or complicated to treat. About 10% of children aged between 5 and 16 undergo some level of emotional disorders including anxiety and depression. Usually, boys are prone to depression until the age of 10 while girls are more prone after the age of 16.

Though normal life always has some level of ups and downs, but when it becomes long-lasting and results in sadness, irritability, silence, loss of sleep and appetite, or tearfulness for no obvious reason, then it’s something more than just the ups and downs disturbing your child. Along with this, if the child is also losing interest in school activities and isolating him or herself socially, then it’s definitely a case of emotional problems that needs careful attention. If left untreated it may even lead the child to take the extreme step of suicide.

The first step is for the primary care-giver, usually the parent to talk with the child about what’s troubling them without trivializing their problem. If the child is still not able to open up, maybe some professional counseling may help and if it is severe enough, some antidepressant medications might be prescribed.

Basically, all children need to be loved, respected and valued in an unconditional and positive way, which goes a long way in boosting their self-esteem and self-confidence. Though all kids have days when they feel blue, it doesn’t necessarily mean they have clinical depression. But when the parents have had depression too, then there is greater likelihood of their children also developing emotional issues. There are no specific tests to diagnose depression, but questionnaires and interviews with health professionals help.

Treatment is by psychotherapy and medications, just like in adults. A combination of the two is most effective, even though parents usually have reservations about the use of anti-depressants in children.

Depression usually accompanies the onset of some physical illness and usually presents in episodes. There can be spontaneous recovery from one episode till the next episode is triggered off. Once a child is seen to be getting repeatedly depressed, parents should take action as it can prove to be lethal if left unattended.

About 40% of children with depression also have OCD, ADHD, learning disorders or anxiety disorders, so it becomes difficult for the doctor to identify between co-existing conditions and their symptoms and treat them accordingly.