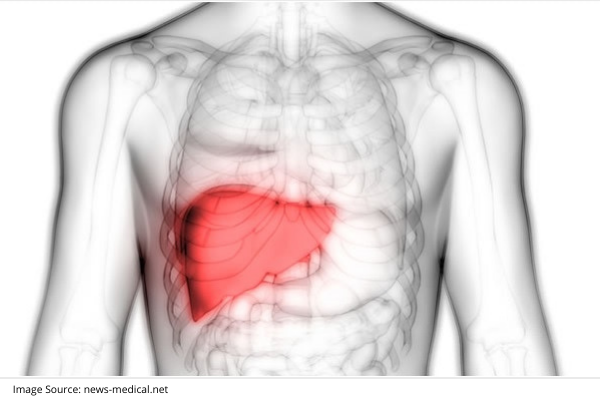 The liver is the biggest gland and the largest solid organ in the body that performs numerous crucial functions vital to life. It plays an important function in protein and bile production, blood clotting and cholesterol, glucose and iron metabolism.

A host of illnesses can affect the liver and disturb the normal functioning of the liver. Due to its ability to keep repairing itself, it’s only when about two-thirds of the liver tissue gets damaged that a reduction in liver function occurs. Some examples of illnesses that affect the liver include drug toxicity, including excessive use of acetaminophen, paracetamol, some antibiotics and statins; liver cirrhosis, alcohol abuse, non-alcoholic fatty liver disease, mushroom toxicity, iron overload and some viral infections like the Epstein-Barr virus, adenovirus and Hepatitis A, B, C, D, and E virus are some of the other culprits.

Chronic cirrhosis is the result of long-term insult of the liver where the normal tissue gets replaced by scar tissue that is no longer functional. In acute liver failure, usually occurring within 48 hours, the damage can sometimes be reversed depending on the etiology.

Liver failure requires urgent medical attention and in most cases, the liver failure is managed and not cured; but in cases like viral infections and gallstones, a chance of cure exists.

Treatment for liver failure depends largely on the causative agent; for example of it’s due to hepatitis virus infection, then hydration and supportive care needs to be provided while the body’s immune system fights back. If it’s due to gallstones, then surgical excision of the gallbladder may be required. In some cases, there may be accumulation of ascites (fluid) in the abdominal cavity; this would have to be withdrawn using a needle and syringe. Liver failure can also lead to cerebral edema causing brain herniation and death; a possible intervention for this is hypothermia.

In the case of end-stage liver failure and cirrhosis, specific medicines may be required to control the amounts of proteins absorbed. As the damaged liver may be unable to metabolize the waste products, it could lead to accumulation and elevation of ammonia levels in the blood resulting in lethargy, confusion and eventual coma. Acute kidney insult may also result in needing hemodialysis. Water retention is also one of the side-effects and low-sodium diets along with diuretics are advised.

Other problems associated with liver failure may require long-term medical care to minimize the effects of the damage. Early recognition of the disease is essential to control damage to other organs as well as the possibility of a liver transplant during the early stages. The most important predictor of the need for transplantation is the degree of encephalopathy, the cause of liver failure and the patient’s age and health status.