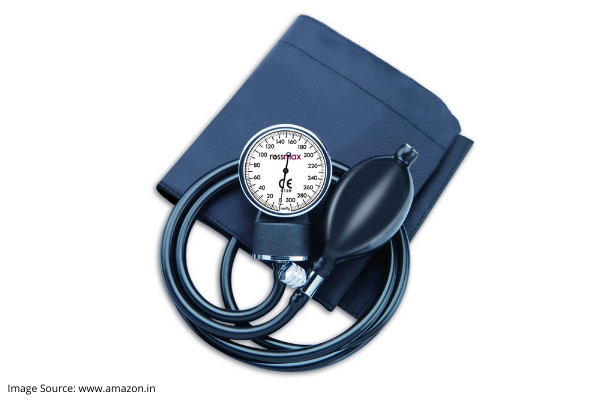 Hypertension, also known as the silent killer disease, is the cause of at least 7.5 million deaths annually around the world according to the WHO, amounting to a total of about 13% of overall deaths.

The average normal blood pressure of an adult should be 120/80mm/Hg; anything over and above that is considered as primary or essential hypertension that tends to develop gradually over the years. In some people, there can be an additional sudden spike in the blood pressure and this is known as secondary hypertension. This additional higher pressure puts extra strain on the heart and blood vessels, making the heart work harder to pump as well as contributing to arthrosclerosis or hardening of the arteries, stroke, heart failure and kidney disease.

Secondary hypertension usually occurs due to some underlying conditions in hypertensive people; it appears suddenly, causing higher pressure spikes than primary hypertension. Various factors have been implicated in this condition and could include among others, include the following:

Obesity – Excess weight translates to larger volumes of circulating blood with associated greater pressure on the arterial walls and an increase in heart rate as the blood vessels struggle to carry the extra blood. This results in hypertension.

Thyroid problems – This occurs when the body produces too much or too little of thyroid hormones resulting in high blood pressure.

Hyperparathyroidism – This gland controls the calcium levels and in cases of excessive secretion of the parathyroid hormone, the extra circulating calcium levels trigger a spike in the blood pressure.

Adrenal tumors – tumors like aldosteronism and pheochromocytoma of the adrenal gland can lead to production of increased hormone levels that elevate blood pressure.

Obstructive sleep apnea – This condition is marked by heavy snoring and repeated breaks in breathing that lead to drops in oxygen levels; this leads to over activity of the nervous system leading to release of chemicals that cause hypertension.

If not given timely treatment, secondary hypertension can result in dangerous situations like aneurysm, heart failure, atherosclerosis (thickening of arteries), abnormal blood vessels in the eye, weakened or narrowed vessels in the kidney, metabolic syndrome, trouble with memory and understanding, etc.

If you have a similar condition as mentioned above or have symptoms of uncontrolled pressure such as fatigue, headaches, vision disturbances, breathlessness, chest pain, a pounding chest, etc, it might be a good idea to consult your doctor for another evaluation of your blood pressure.