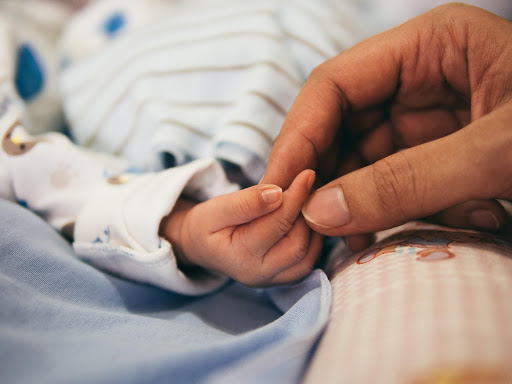 Winter is the time when most of the kids fall ill along with elders too. As per a statement by the Centers for Disease Control and Prevention, “Common colds are the main reason that children miss school and adults miss work” each year. (Source: Medical News Today)

It is not just because of the cold weather outside but also for some other reasons. Due to the cold weather, children are not able to play or go outside. When they are within the house, behind closed doors always, the chances of getting an infection becomes much higher. If someone else in the house is infected or someone infected has visited the house earlier, the infection stays in the environment and as children are vulnerable, they get ill fast.

There can be a number of illnesses that children may have during the winter. Here is a list of common winter illnesses in children.

This is a common problem of a respiratory infection that happens in kids who are less than 2 years of age. When the infection inflates, it leads to the problem of bronchiolitis. Respiratory Syncytial Virus or RSV can be a serious problem in infants.

The symptoms take 2 days’ time to show and may develop in the next 3-4 days. The symptoms of the illness are:

If the problem occurs in newborns, it can also lead to a pause in breathing. The symptoms may stay for as much as 3 weeks’ time before getting cured. Many doctors suggest parents make use of saline drops and bulb syringe clear the nasal fluids and ease out the congestion.

Influenza or better known as flu is another respiratory infection that can happen all of a sudden. There can be a number of symptoms to detect flu such as:

When the symptoms of flu are detected, it can be cured with the help of antiviral dosage. These medicines are capable of treating the illness within a time period of 48 hours or so.

This type of illness should be mistaken with flu as this does not have the symptoms of diarrhea that are there in case of flu. When a kid has a common cold, the most important thing is to keep the child hydrated. The child should be kept in intense comfort and cure as this kind of illness can lead to extreme weakness.

Strep throat is a bacterial infection that does not just happen during the winters but also can happen during the fall season. This is experienced mainly by the children ranging in the age group of 5 and 15. Some of the common symptoms that you may find in your kid for a strep throat are:

Sometimes these symptoms can be also accompanied by other symptoms such as runny nose and cough. You need to take special care of these symptoms for strep throat because if red rashes also appear, this can be a symptom for scarlet fever.

If it is simply just strep throat, it can be treated well with the help of antibiotics. But if the kid s diagnosed with scarlet fever, it is very much important to get in touch with a doctor at the earliest.

Stomach flu is mainly a viral intestinal infection and is caused by norovirus. You should not confuse it with influenza. One of the ways to diagnose stomach flu is that the kid may vomit continuously for a few days. It can last from 2 days to even a week. There are some common symptoms that can help detect the illness such as:

This virus can attack and develop in the body of the kid in a very short time as much as 24 hours and hence it is important to take special care of the kids during winters.

Winter seasons are lovely for their amazing weather conditions. But it is also the season that invites a number of illnesses, especially for the kids. Parents should take special care of their kids and should teach healthy hygiene habits to tackle infections. Also, letting them eat healthy food and resting well can surely help in keeping these diseases far away.