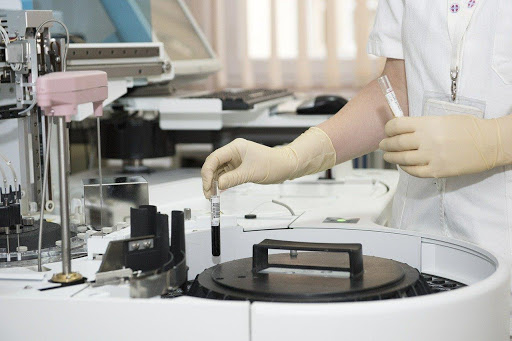 The speed of medical science can get quite slow at times. However, over the last ten years, medical science has made significant achievements in general surgery, disease treatment, and medical research that have massively improved the quality of the patient's life as well as help the doctors to work better.

In this article, we're discussing the five most effective medical advancements that happened over the past ten years and have not failed to make the greatest of impacts.

Scientists in April 2003, announced that they had completed a draft where they have sequenced the human genome. It includes every gene that constitutes our DNA. The sequencing of the gene helps researchers in identifying specific genes that are causing the disease.

This, in turn, has helped in the advancement of general surgery as well as the creation of better treatments. Researchers are currently working on a new project called the Human Microbiome Project. This project aims to understand the various complex bacterial systems that affect our bodies.

Jennifer Moliterno, a Yale Medicine neurosurgeon, MD, who is leading the Brain Tumors Program has stated that "Advances in neurosurgery have shown improvement in caring that can be provided over the recent few decades, permitting for highly skilled brain tumor neurosurgeons to more properly and effectively remove certain types of brain tumors.

One such breakthrough is brain mapping. Now, this particular process permits the brain surgeons to track or map the brain's function while performing the surgery. It also permits the patient to walk or talk during and after this surgery. Moliterno further states that "In some instances, neurosurgeons can keep patients awake during surgery, ensuring these functions are safe.

While this concept may seem scary, these processes, when performed in centers by various experts that do so on a routine basis, can be very straightforward with patients pretty comfortable during the procedure. In the end, this permits for tumors that may be taken to be 'incurable' to be successfully abolished while patients can continue neurological function."

In 2006, researchers proved that adult cells, which also includes skin cells, can essentially be turned into stem cells. These stem cells would be known as induced pluripotent stem cells. We can program stem cells to turn into any cell type in the body. They have enormous potential when it comes to repairing tissues and curing of diseases.

Researchers believe that new tissues and cells can be generated by this technique that would greatly affect the cell-based therapies since the requirement of donated tissues and organs outweighs the supply. Moreover, stem cells are an effective renewable source of replacement tissues and cells to treat diseases such as rheumatoid arthritis, heart disease, Alzheimer's disease, Parkinson's disease, and more.

This is a surgery type that leaves smaller cuts than one might expect. We also call it minimally invasive surgery, and its practice widely takes place in multiple operations like appendectomies, hernia removal, and gallbladder removal. This process uses a slender tool with a tiny light and video camera attached to its end.

A surgeon can insert the tool through a minimal cut. Then they can operate further by looking at the video monitor. Without these tools, the surgeon would have to create a larger cut that would not only be painful but might also look ugly after the operation.

This invention offers several advantages compared to traditional surgery. Patients will have smaller scars, feel less pain, and can go to their homes quicker. The scars even heal quicker.

This method helps in selecting, analyzing, and transferring only those embryos that carry the correct number of chromosomes. This method can help in achieving fewer pregnancy losses. It increases implantation rates, particularly for women who are above thirty-five years of age. Besides that, couples with multiple miscarriages, and couples with implantation failure or multiple-failed IVF cycles.

Thomas Molinaro, a urologist of Reproductive Medicine Associates in New Jersey, states that "Before this, doctors didn't have a reliable method to test the genetic makeup of an embryo advanced to transfer it into a woman's uterus.

Further, without knowing which particular embryos were chromosomally typical and would surely lead to a healthy pregnancy, doctors faced forcing to transfer numerous embryos at a time for obtaining adequate pregnancy rates.
This particular breakthrough has considerably brought the IVF twin rate down, elevated IVF birth weights. It further helped tons of women struggling with infertilityissues have safe pregnancies as well as healthy babies."

Over the last ten years, medical science has offered a number of medical advances, mistakes, as well as discoveries that have influenced medicine both from the medicine cabinet to the patient's bedside. These breakthroughs have successfully changed some deep-seated beliefs in medicine, while in others, they have opened up new possibilities.

These discoveries have helped in optimizing the accuracy of the end result. They have also helped in changing the face of general surgery in multiple ways.