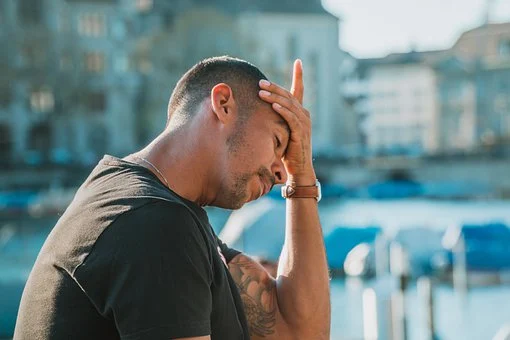 After a fire, inhalation injury is an acute health condition that features exceptionally high rates of mortality and morbidity. Inhalation injury can complicate 20% of the burns, especially facial burns. It can also lead to respiratory failure, which is fatal in nearly 30% of cases.

Inhalation injuries further account for above 80% of all matters related to fire accidents where carbon monoxide was responsible for almost all the deaths.

Moreover, it encompasses three types of insult to respiratory function. Supraglottic structures to thermal damage results in edema that can often lead to acute upper airway obstruction during the initial period after exposure. After that, the chemical injury will develop in the first thirty-six hours.

This happens when small particles present in smoke travels to the alveoli. This triggers an inflammatory reaction, leading to bronchospasm along with impaired gas exchange inside the distal airways. At last, systematic oxygenation gets damaged due to toxic based that are released during fires, specifically cyanide and C.O.
Even though systematic advances in terms of burn care has resulted in considerable improvements for managing cutaneous burns, however, the same is not the case when it comes to inhalation injury.

The reason behind this is the absence of particular disease-modifying treatments as well as the lack of diagnostic criteria. Hence high levels of aggressive support and clinical suspicion remain the drawbacks of management.

In the case of inhalation injury, numerous symptoms and signs might develop. It often depends on what the person is breathing in. However, common symptoms include:

Low oxygen levels and chemical asphyxiants can lead to changes in mental condition. Seizure, fainting, confusion, and even coma are potential complications that follow smoke inhalation.

During fire accidents or fire workplaces, people are always exposed to a different amount of carbon monoxide. Carbon monoxide can still be inhaled even if there are no signs of respiratory problems. Vomiting, nausea, and headache are symptoms of both inhalation injury and carbon monoxide poisoning.

Eyes might become red from the smoke. There will be a feeling of irritation around the eyes. The corneas might suffer from burns. Soot inside the throat or nostrils will provide a clue to the doctors about the degree of inhalation injury. Smoke inhalation might even lead to the swelling of nasal passage and nostrils. The skin color will range from cherry-red to bluish, to pale.

When the respiratory tracts are directly injured, it can lead to a condition where the amount of oxygen reaching the blood decreases. It can also happen that the oxygen-carrying capacity of the blood has itself reduced.
This condition might occur due to the inability of the cells to use oxygen or due to the chemicals present in the smoke. Hence, You can witness rapid breathing, which happens as an attempt at compensation for the injuries.

The respiratory tracts have mucous membranes, and when they feel irritation, they start secreting more mucus. Increased mucus and bronchospasm can cause reflex coughing. The amount of burnt particles that are deposited in the trachea and lungs varies. Hence, depending on that, the mucus can either be black or clear.

When Should You Seek Medical Help:

Smoke inhalation can get pretty serious, depending on its degree of acuteness. Patients suffering from smoke inhalation injury need to check their "A.B.C.'s." It stands for Airway, Breathing, and Circulation. In case you are experiencing any of the following symptoms after smoke inhalation, you should call for medical help immediately.

Prevention is always better than cure. This phrase perfectly fits in the case of smoke inhalation. There are multiple prevention strategies that you can employ to avoid exposure to smoke.

For emergencies, save the number of local poison control, fire department, and police on your phone.

the planning of Escape routes should be out from beforehand. Hence, in case of an emergency, there would be no confusion.

It would be best if you placed carbon monoxide detectors at the required locations.
There should be smoke detectors in every building. This helps to detect the smoke early while providing enough time for evacuation.

There are no specific therapies when it comes to inhalation injury. Hence, the treatment mainly depends on supportive care. Inhalation injuries occur when someone inhales the toxic particles and chemically produced during a fire.

Even candle soot can cause inhalation injury, as stated by Dr. Varshalee Shukla, a radiation oncologist. She said, "When we actually tested the emission of burning candles, over 20 volatile organic compounds were identified, including lead, and significant amounts of carbon were also identified.

These particles can deposit deep in your lungs, causing inflammation, scar tissue, and breathing problems in the future." Inhalation injury mainly happens due to the intake of carbon monoxide.

In case you have met with a fire accident and experience specific symptoms like stinging eyes, headaches, irritated sinuses, phlegm, and coughing afterward, then you should undergo a check-up for inhalation injury. The treatment mainly includes oxygen therapy. However, the treatment method can change depending upon the degree of inhalation injury suffered by the patient.

Related blog: TIPS TO PROTECT YOURSELF FROM UNHEALTHY AIR